From the given above question , we can say that
Six plays are to be organized from Monday to Sunday – one play each day with one day when there is no play. ‘No play’ day is not Monday or Sunday.
From given table we can see that A play was organized on Monday , which is date on 25th . 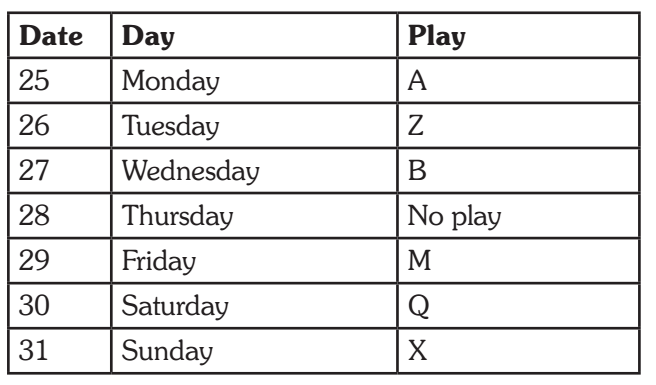